Homes in Black neighborhoods are undervalued by $46,000 on average

New York (CNN)A pair of recent real estate studies are shedding light on how people of color have been consistently disadvantaged in the US housing market for years and are largely missing out on the country’s ongoing home-buying frenzy.

For nearly a decade, homes sold in mostly Black neighborhoods have been undervalued by an average of $46,000, according to a Redfin analysis released Wednesday. Redfin, a national discount real estate brokerage, examined the valuations of more than 73 million single-family homes listed and sold between January 2013 and February 2021, and found a major gap between houses sold in Black and White neighborhoods.
“Our analysis rules out all the factors that are typically associated with home value and still finds a significant difference between the values of otherwise nearly identical homes in similar Black and White neighborhoods,” said Redfin senior economist and lead author Reginald Edwards. “We’re left with bias and systemic racism to explain the variation in home values.”
Systemic discrimination is also keeping prospective buyers from taking part in the housing boom, according to the National Association of Realtors’ latest Home Buyers and Sellers Generational Trends report released in March. 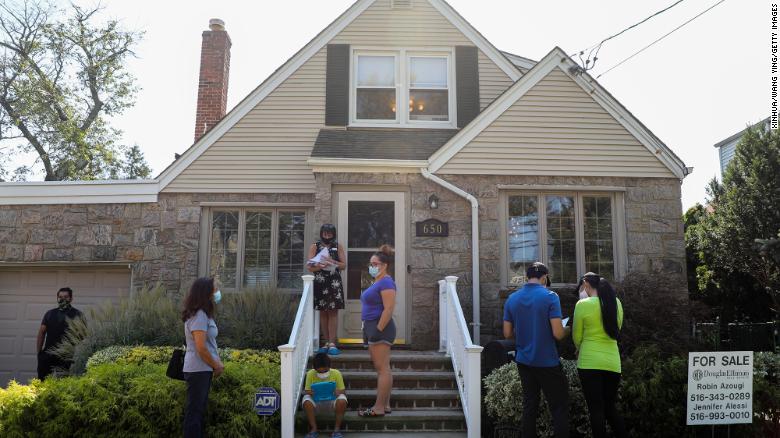 Buyers and sellers in a bind
High demand combined with a tight supply of available homes has led to bidding wars and all-cash offers that have shut out first-time buyers of all races.
But the NAR study underscores how people of color, who are more likely to rely on FHA loans and other financing for first-home purchases, are at a disadvantage. The annual study on homebuyers showed that Black Americans, who make up more than 13% of the US population, represented just 5% of homebuyers from July 2019 through July 2020. This small percentage of largely middle-to-upper class Black Millennials caused the country’s overall Black homeownership rate to increase 2% through the first three quarters of last year.
Latinos, who represent 18% of the country, were only 7% of homebuyers in the 12 months ending July 2020. Asian Americans, who make up about 7% of the population and have a per-capita median income that is higher than most White Americans, made up 5% of homebuyers through July.
National Association of Realtors chief economist Lawrence Yun said the largest Asian American communities are predominantly in more expensive parts of the country, including states like California and New Jersey in addition to cities like Seattle and New York, where it’s more difficult to buy a home.
Yun also pointed out a disproportionate number of mortgage-ready Asian Americans have had their incomes thrown into flux by pandemic shutdowns.
“For lenders, this is considered a risk,” Yun told CNN Business. “Banks don’t want to lend to people with fluctuating income.” 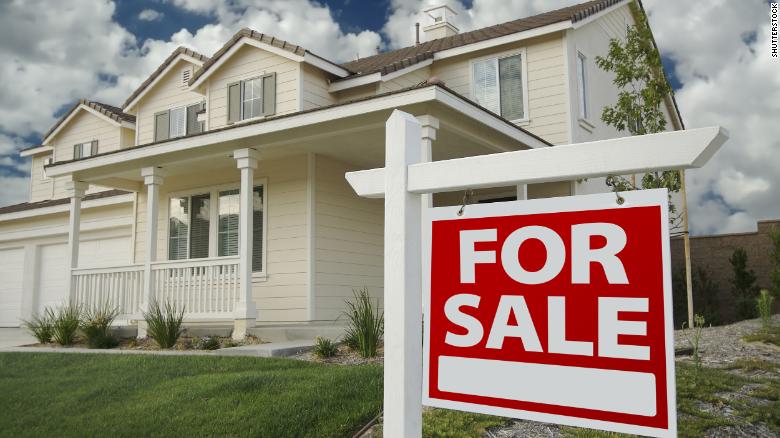 How to counter bias in housing
On the home-selling and valuation side, Edwards recommended real estate agents participate in unconscious bias training to help ensure buyers with similar home search criteria are shown the same listings in the same neighborhoods.
He also said home appraisers need to be more transparent in the appraisal process to eliminate discriminatory treatment.
“Make them put it on paper,” he said. “Is it the condition of the home’s appliances? Quality of upgrades made? Architectural features? Appraisers should have to justify why two similar homes would have such different valuations.”
For homebuyers, Yun said increasing the national supply of houses sold will make it harder for home sellers to discriminate against buyers who qualify.
New home construction surged to a 10-year high in January after spiking late last year, but builders nationwide are struggling to keep up with soaring demand.
“We need to have more housing supply so multiple offers are not a common thing,” Yun said. “I certainly hope more people can participate in the American dream. It’s not only a housing matter, but a broad economic matter.”
Yun also said people of color who feel they’re realtor is limiting them to searching for discriminatory reasons should file a complaint with the Office of Fair Housing and Equal Opportunity and find another agent.
“If people feel they’re being discriminated against, report it,” he said. “Right now with so many realtors trying to find the client and get the deal done, if one is a bad apple, there are many realtors who want to serve the customers’ best interest.”